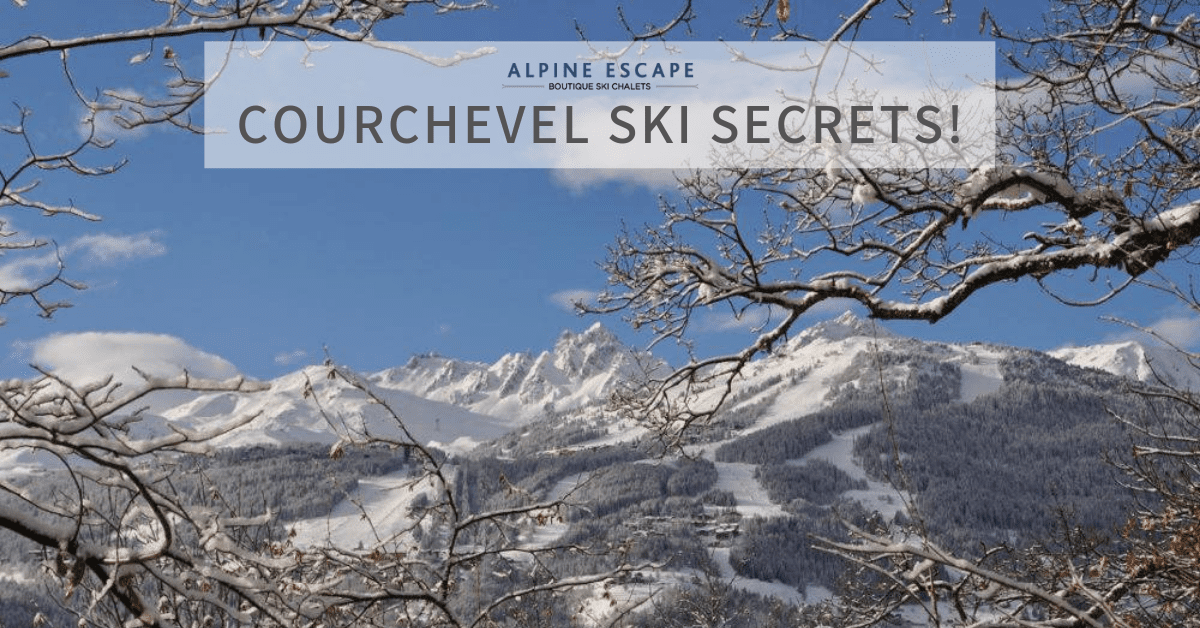 Posted at 11:43h in Courchevel by Caitlin 0 Comments
0 Likes
Share

If you think you know Courchevel, think again!

Here are 5 things that reveal a different side to the ski resort of Courchevel: the quietest runs, the first drag lift, the longest descent, the most famous celebs!

You may think you know Courchevel, but have you skied these runs that are hidden off the beaten track in the Courchevel valley?

Cospillot – a lovely scenic blue just below the bottom of Pralong chairlift that winds through the trees and finishes in 1650. You’ll ski past some fancy chalets on your left!

Mur – a quick black run which is a fun little shortcut to get from 1850 over to Moriond – it leads to the Roc Mugnier chairlift.

Rochers – a racy red, this piste is worth a diversion! Steep sections, sharp bends and there’s rarely a soul on the bottom half of the run which makes it great on a powder day. Access from the top of the Signal/Chapelets chairlifts.

Pylones – neighbouring Combe Saulire can get crowded, so how about trying this gorgeous steep but straight black? It’s even better if you can catch it once its been pisted or with fresh powder!

Renard – There’s rarely anyone on this green which runs parallel to the family park, it’s a dream for practising wide carving turns.

If you’re ready for an adventure, why not try the longest descent in the Courchevel valley?

Ski from the top of Courchevel la Saulire at 2740m down to Bozel at 870m. It isn’t all on marked runs, but if you’re up for a challenge, it’s a well-tracked route that local Bozelians use to return home rather than taking the free ski bus!

Here’s how: Head down Combe Saulire (or even the Grand Couloir, if you’re up for it!) then whizz down to Courchevel 1850 on blue Verdons. Head under the bridge to ski down green Plantrey, then turn onto red Brigues, but don’t go all the way to the bottom! Just after a steep section, you’ll see a turnoff to the right (where Brigues becomes Amoureux), ski down here to a bridge. Just after the bridge, turn right, taking the red Saint Bon. If you prefer to stick to marked runs, you can stop in this village and take the free bus back up to Courchevel le Praz, the nearest ski lift.

To descend down into Bozel, keep heading down and right, through the trees. You’ll see signposts and other skiers’ tracks that will lead you to Bozel. Here you’ll arrive near a little farm and a bridge over a gushing river in Les Moulins. Take your skis off, then turn left at the main road. You’ll be able to follow this road straight into Bozel for a well-earned drink! There are two bus stops in the town that are part of the Courchevel bus route. Click here for bus times.

>> Prefer to do this with a guide? SKI SCHOOLS and GUIDING

It’s no secret that ski resorts draw a wealthy crowd, and Courchevel is no exception, as A-listers are regularly spotted in the bars and restaurants, and some even on the slopes!

Prince William and Kate Middleton were spotted again in Courchevel in 2019, and they’ve been snapped dining in our regular haunt, the Bouc Blanc in La Tania.

But who else has been enjoying a little Three Valleys ski holiday? The following celebs (in no particular order!) have all been spotted holidaying in the area:

After the railway line was installed from Moutiers to Brides les Bains, summertime health tourists – “curistes” – flocked to Brides-les-Bains. This was to take in the healing waters that flow from the springs. The first café-restaurant for summer tourists “Chalet Curtet” was created by Agathe Curtet in 1908. This proved so popular it was extended to become the Hotel Lac Bleu. You can still see today on your left as you pass through Courchevel Saint-Bon.

From the “roaring 1920s”, as winter sports grew in popularity, skiers arrived at the Hotel Lac Bleu by road. They were then taken by dog sled with their luggage and ski equipment up to the very basic accommodation (ie. barns!) dotted around the farming villages.

Attaching strips of animal skins to the bottom of their skis, they hiked up the mountainside. They then removed the skins to whizz down, trying as best they could to control their long, wooden planks and avoid crashing into rocks!

The progressive mayor of Courchevel approved the installation of the very first drag lift in 1945.  Although, we’re sure the hardcore skiers still preferred the old method, to avoid the crowds! Having said that, this first drag lift was quickly followed by others at Loze and Tovets.

A “St Agathe” drag was still in the same location in Courchevel Moriond until April 2017!

Courchevel is going green… Did you know:

Looking for ski chalets in Courchevel? You’ve come to the right place!

We can help with self-catered or catered chalets.