As always, there are lots of new things happening in Courchevel and the Three Valleys for the coming winter. From new lifts to new bars, here’s our rundown to the latest news:

A new Grangettes Gondola goes from Courchevel Village 1550 to Courchevel 1850 (La Croisette). This speedy new lift will have 10-seater cabins, easy access and a much quicker journey time from the old lift. The new Grangettes will take 2400 skiers per hour in just under 3 minutes instead of 5 minutes. Used for access to the free floodlit sledge run, it will now have internal and external lighting! It is free from 17.45 onwards for tobogganers who can take sledges up to 1850 for the 300m descent (helmets, sturdy boots and goggles advised!)

The new Legends chairlift is named after the many legendary riders who have ridden up and skied down in the resort of Meribel. Not only does it have a hood for cold days, it’s heated – yes, heated! Much speedier than its two predecessors, Legends chair will carry skiers and boarders to 2017m altitude in just 4 minutes and 40 seconds. The capacity is 3,600 users/hour.

In the name of recycling, which we love, the old chair lift will be reinstalled to replace the Cherferie drag which accesses blue run, Choucas.

From the top of Cime Caron there will be a new red run called Cime, which is just over 3 km and accesses Falaise piste and the Grand Fond cable car, or blue Chamois piste to avoid the black Cime de Caron. Boismint chair will also have a new black run coming off it, named Armoise.

In Meribel a new piste called Gypaète (named after the local birds of prey) and a Roc de Fer tunnel are also on the cards for the future. These developments are gearing the resort up for the World Ski Championships being held in 2023.

Development continues in the Courchevel Family park, which is getting steadily better each year (and will this year have an Inca theme – don’t ask us why!), and over in Val Thorens the BK Park – now known as the Pixel Area – has had a big facelift with new tricks, rails and tables.

Should you be fed up with taking your gloves off on the chairlift to take a photo of you and your friends, then head over to the Biollay chairlift in Courchevel. Much like at a theme park, you can now strike a pose as you pass the camera and CLICK – the photo will be taken automatically. Head over to the big screen at the top to get your digital photo sent to you. 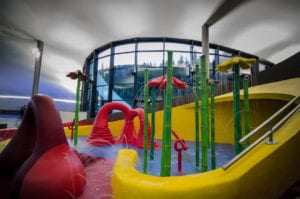 The snow production capacity doubled in 2017-2018 with 115 new snow machines, and Courchevel continues to invest in snow-making, this year adding a total of 26 snow machines on the Lac des Creux and Rama pistes near the Aiguille de Fruit chairlift.

With almost 700 snow machines in the Courchevel ski area and over 2000 in the Three Valleys, the powers that be are even giving a ‘ski guarantee’ with the largest number of open linked runs in Europe throughout the season….

Copina, a tapas and cocktail bar, opened in Meribel last year and was a hit with locals and holidaymakers alike. The exciting news is that this winter will see another branch open in Courchevel Moriond, on the road which runs parallel and behind the bottom of the slopes, opposite the Bubble Bar and the Boulotte. The bar’s drinks list includes craft beers and wines from around the world, and they’ll even offer a ‘try before you buy’. We’re particularly excited to try it out as we love a well-made cocktail and some tasty nibbles to go with it… See you in there!

Since opening as a sister bar to the ever-popular Funky Fox a couple of seasons ago, L’Elephant du Praz has always had a good menu; think cracking burgers, fab pizzas, sharing platters, even an oyster bar on Tuesday apres-ski… The owners are enthusiastic about embracing increasing consciousness around eating habits and are keen to extend their menu to accommodate more vegetarian and healthy options, which should be great for any skiing veggies who are fed up with fondue and margarita pizza! Watch this space…

MORE ON BARS AND RESTAURANTS 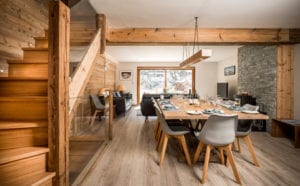 We’re opening the doors to not one, but two new chalets for this winter… Chalet Ours des Montagnes is a catered chalet, very close to the slopes in La Tania, and Chalet Ellanar is a self-catered chalet in the village of Courchevel le Praz.

For our self-catered chalet guests, we’re teaming up with ‘Huski’ who deliver oven-ready meals to the chalet. Find out more here.