A Skier’s Guide to Mountain Cheeses 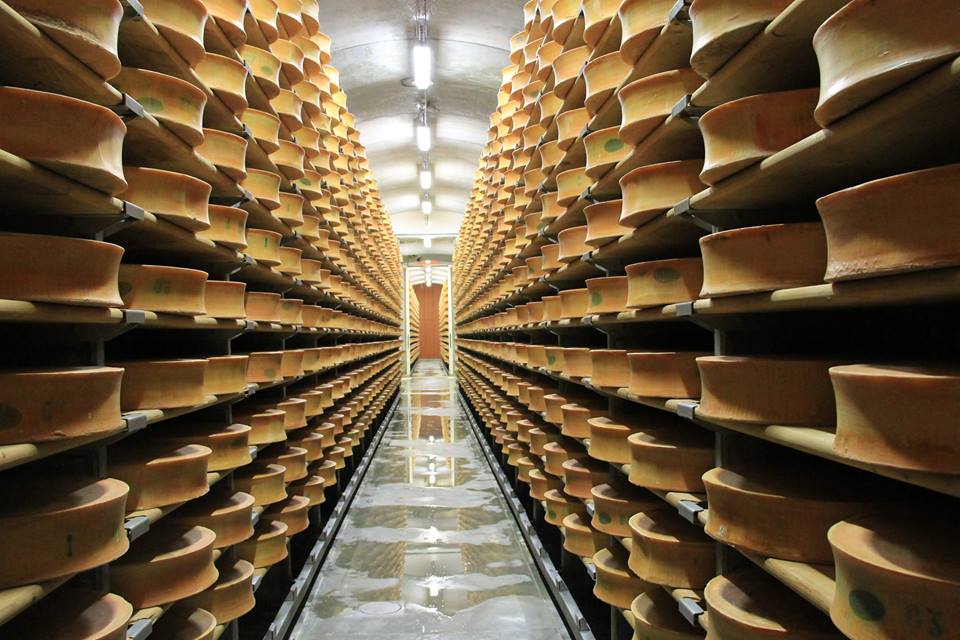 Four cheese specialities to try on your next Courchevel ski holiday

A French ski holiday simply wouldn’t be the same without indulging in some cheesy goodness in the form of fondue, raclette, tartiflette or a wee bit of Beaufort! We know a lot of our guests are serious foodies so here’s the lowdown on Courchevel’s cheesy specialities and which restaurants you should visit to try them…

Mountain pastures and mountain air: What makes the famous Alpine cheeses so good?

The cheeses of the European Alps are famed for their punchy flavours and grassy aromas reminiscent of the sweet mountain pastures on which the cows, sheep and goats graze.

After the snows have melted, farmers gradually move their herds higher up into the mountains until they reach the highest pastures by July. If you travel to the Alps during the summertime, you’ll hear the gentle jingling of bells as the happy creatures munch on verdant grasses and meadow flowers, admiring the stunning scenery and mooing at the marmottes…

Milking takes place on the hoof, with farmers taking milking stations to their herds. Traditionally, the milk was converted into cheese in the special cheesemaking huts high up in the mountains because of the difficulty of transporting milk down to the villages – those little barns you’ve seen half-buried in the snow were once mini cheese-factories!

Nowadays you’re likely to see pick-up trucks with stainless steel spherical milk containers trundling the rich goodness of the buttery milk down to the villages, or indeed into the towns to the cheesemaking co-operatives. The resulting alpine cheeses are typically made into very large wheels, of which you can buy slices in delicatessens or experience them in one of the local recipes which are on many mountain restaurant menus in ski resorts. 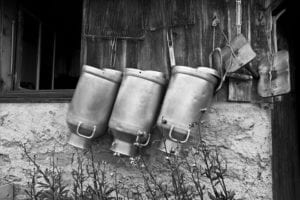 A guide to the famous European Alpine cheeses:

Abondance (Haute Savoie): Made from Abondance cow’s milk which is very gently heated, this mild cheese is ripened for 90 days on a spruce plank. It is best eaten between July-November due to the sweet summer milk.

Beaufort (Savoie): Produced at over 800m altitude from the milk of the Tarine cow, this famously flavoursome fromage has been produced in the region since the middle ages. Production nearly ended in the 1950s but was saved by investment in co-operatives who now produce the cheese (our nearest co-operative is in Moutiers). This cheese melts extremely well and is popular in fondue, gratins and as a tart (scroll down to find out where you can find the best in the Three Valleys). 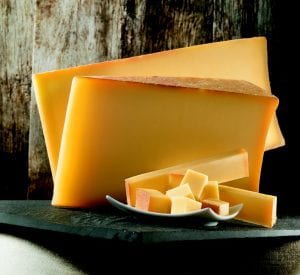 The king of mountain cheeses: Beaufort

Reblochon (Haute Savoie): An essential ingredient of tartiflette, this ‘second milk’ cheese dates back to the Renaissance when farmers would have to donate the ‘first milk’ to their masters in the local abbeys. The second milking took place in the dead of night and yielded creamier, higher fat milk which makes for a deliciously squishy

cheese which comes into its own when melted.

Comté (Franche Comté): Sizeable in both production (the largest of all French AOC cheeses) as well as dimension, it typically takes almost 500 litres of milk to produce the huge wheels which can measure up to 40kg. Like Beaufort, the winter and summer versions of the cheeses are markedly different, with the winter producing a stronger, drier cheese than the summer cheese, which has a higher fat content.

Raclette (Savoie and Switzerland): The origins of Raclette are Swiss, but cheesemakers in a small region of the Savoie also produce the huge wheels of Raclette which are best enjoyed between November and February – ideal for skiers! The cheese is generally melted and eaten with charcuterie, salad and steamed or boiled potatoes.

Tomme (Savoie): Only recently granted AOC status (2002), Tomme – sometimes spelt Tome – is a Savoyard cheese from the milk of the Abondance, Tarine or Montbéliarde cows and has a distinctive greyish rind. It’s also

If you love a cheesy fact then click here for further mountain cheese information!

The above cheeses make for some interesting local recipes, especially those which melt beautifully. What ski holiday would be complete without a tartiflette or a fondue devoured in a mountain restaurant after a morning on the slopes?
1) Fondue (Beaufort, Gruyere, Emmenthal)
With a dash of garlic, a slosh of white wine and three mountain cheeses melted together, a fondue is a classic alpine recipe which – although traditionally Swiss – goes down a treat on a chilly day in one of the Three Valleys’ famous mountain restaurants. The meat version of a fondue involves cooking thin slices of meat in heated oil and if you see Fondue aux Cèpes (mushrooms) on a menu, it’s definitely worth a try!
The best fondue in town: We LOVE the atmosphere in La Petite Bergerie, Courchevel Le Praz. A cosy room with a roaring fire, it’s the perfect place to enjoy a classic cheese fondue.

2) Raclette (pure, simple and traditional)
The ultimate cheesy combo of melty and crispy, raclette is simply melted cheese of the same name served alongside steamed potatoes, green salad and a selection of charcuterie. The idea is that you melt the cheese at your table and scrape it directly onto your potatoes, demolishing it with gusto alongside a glass or two of local Savoie wine!

The best raclette in town: some restaurants bring a clever contraption to the table, on which you can cook your own raclette in tiny triangular saucepans, but for authenticity and general sense of ‘getting stuck in’ we love the bear-trap sized metal frame with electric burner which holds a wheel of raclette, served with a smile by the team in Le Petit Savoyard, Courchevel Moriond.

Served in a sizzling hot dish, oozing cream and melted Reblochon, a tartiflette should definitely be on your list of must-have lunches during a stay in the Three Valleys. If you’ve already ticked tartiflette off the list, then try something a little different – chevreflette, courgettiflette or croziflette – made from tiny local pasta shapes.
Regal tartiflette: look no further than La Tania’s Bouc Blanc restaurant for a really good tartiflette. It’s reasonably priced, friendly and on some afternoons they have live music on the terrace. Prince William and Kate were spotted here on their ski trip to Courchevel, and what’s good enough for the royals is good enough for us!

4) Tarte au Beaufort (pastry, beaufort, cream, eggs and nutmeg)
If Beaufort alone isn’t rich enough for you, then don’t leave the Alps without trying it in encased in buttery pastry and mixed with extra cream! Wickedly indulgent, a good tarte au beaufort only needs a green salad and a glass of chilled white wine to accompany it. (And perhaps some sunshine, beautiful scenery and great company!)

One of the best: For a treat lunch, the Cave des Creux in Courchevel offers a truly delicious version, served in designer surroundings and best enjoyed on the sunny terrace under the shade of one of their sunhats. The tarte at Le Roc Tania at Loze comes a close second, and with a slightly low  er price tag!

Let us help you discover the best mountain restaurants. Our concierge can recommend and book your lunch stops during the week.